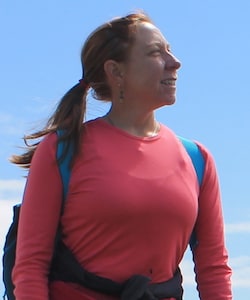 Ms. Soutiere has over 10 years’ successful experience in criminal and civil law. She has worked with both the Alaska Public Defender Agency and the Alaska Office of Public Advocacy. She expertly and efficiently identifies legal issues that can lead to suppression of evidence and even dismissal of criminal charges and, in civil cases, result in favorable outcomes. She is an advanced negotiator with a keen ability to get to the heart of a legal dispute quickly, often with more favorable results than can be achieved through trial. When a trial is necessary, Ms. Soutiere leverages her substantial courtroom experience on behalf of her clients. She is a seasoned litigator who has done hundreds of trials, both criminal and civil. Her trial experience includes defending those accused of murder and sexual assault, upholding parental rights before government agencies, and protecting the rights of society’s most vulnerable.

Ms. Soutiere became interested in immigration law while serving in the United States Peace Corps in West Africa in the late 1990’s. While in law school, she interned with the United States Citizenship and Immigration Services (USCIS) at the Vermont Service Center. After law school, she did legal work in immigration in the context of criminal law. Her practice now includes migrant and non-migrant visas, asylum, removal and deportation.

Ms. Soutiere graduated from Vermont Law School in 2007. She concentrated in criminal and environmental law, specifically, RCRA, CERCLA and toxic tort issues. During law school, she volunteered with the International Association of Democratic Lawyers (IADL) as a United Nations Observer. She also wrote, in collaboration with the Western Shoshone Defense Project and Lucy Simpson from the Indian Law Resource center, a non-governmental organization shadow report for the IADL regarding the U.S. adherence to the ICCPR with respect to our indigenous people.

Ms. Soutiere is licensed in the State of Alaska, United States District Court for the District of Alaska, and Immigration Court within the United States Department of Justice. She has practiced throughout the State of Alaska: Kotzebue, Nome, Barrow, Fairbanks, Bethel, the Mat-Su Valley, the Yukon Flats and Southeast Alaska. She is highly effective in both rural and urban venues.

Ms. Soutiere is a private pilot currently working on her instrument rating in Southeast Alaska. She aims to become a Certified Flight Instructor. Her other interests include skijoring, hiking, triathlon, travel, and kayaking. She is functionally fluent in West African French and has knowledge of Spanish, Arabic, and Hebrew, sufficient for travel.